The Human Relations Advisory Committee (HRAC), an advisory group for the Mayor and Council of Cherry Hill, celebrates our township’s diversity and promotes respect for the human and civil rights of all Cherry Hill residents, business owners and visitors.

HRAC brings together a cross-section of local religious leaders, civic leaders and township officials to build relationships that foster a mutual understanding and appreciation of our differences and similarities. Embracing all voices, HRAC creates and encourages inter-cultural and interfaith programs and practices to cultivate a community-wide environment of respect for diversity.

The Committee stands up against racism, bigotry and intolerance and works to prevent all forms of discrimination. Through these efforts, HRAC seeks to engage others to ensure Cherry Hill remains a welcoming and vibrant community where all people benefit from our diverse cultural tapestry.

Stay up-to-date on the latest HRAC happenings by following its Facebook page, facebook.com/CherryHillHRC


Members of the Human Relations Advisory Committee were proud to march in the first-ever Cherry Hill African American Civic Association Juneteenth Parade and Festival this past June.

Juneteenth refers to June 19, 1865, the day enslaved Americans in Galveston, Texas, learned they had been freed by Lincoln’s Emancipation Proclamation two years prior. While it is the oldest national holiday that celebrates the end of slavery, Juneteenth has only recently become more well-known across the country, and is now being celebrated by an increasing number of communities nationwide.

The parade featured a variety of participants, including the NJ Buffalo Soldiers Motorcycle Club, the South Jersey Street Legend Car Club, African Stilt Walkers, local Scouts, churches, and other organizations and performers. Following the parade, the festival was held at Croft Farm with vendors, performers, food trucks, music, and more. 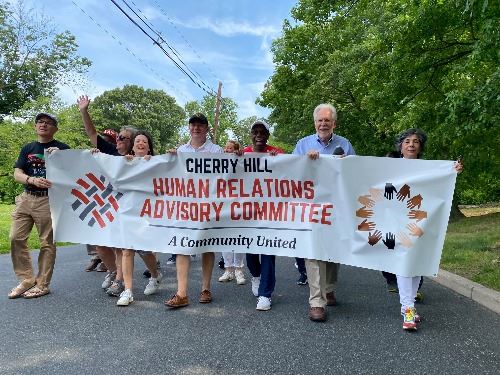 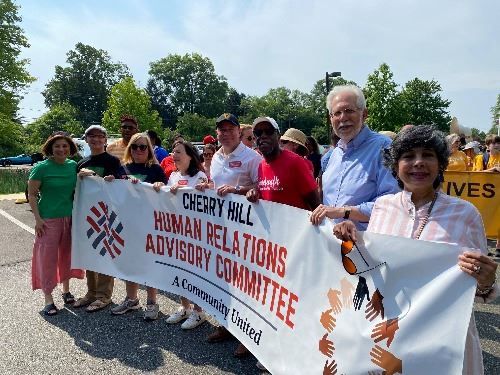